9 Future IT Trends you should be thinking about 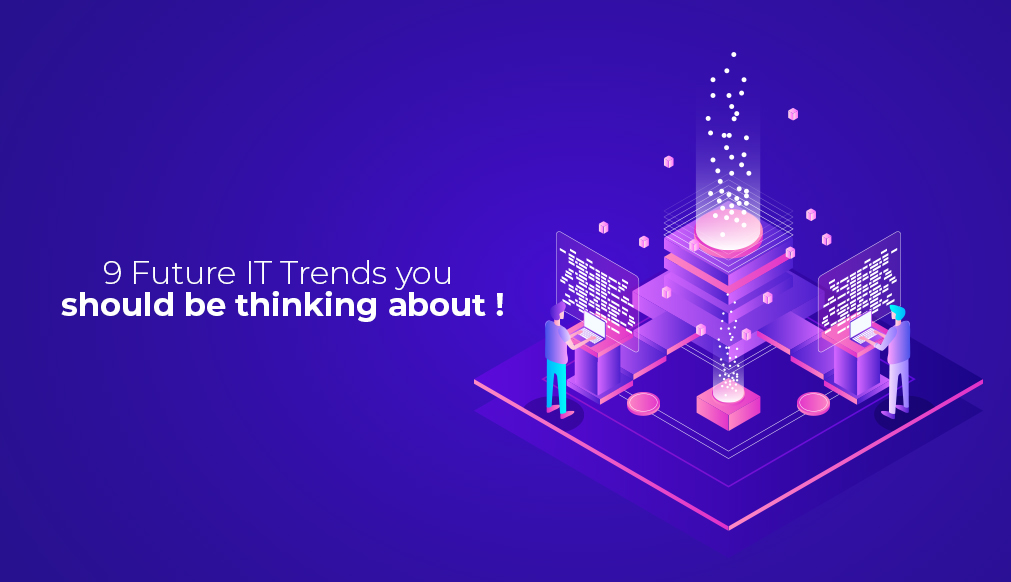 I would say that 2020 was quite a year, started with the Australian fire and followed by the Covid-19 pandemic. The world has seen a fall in every way possible. It can be mentally or economically, everyone has seen one or the other.

Technology has been involved by the passing of time and is being involved in our lifeways which we never thought. We are staying updated with new and advanced technology trends. We have learnt a lot in this pandemic, the most IT population is sitting and working from home. I would like to tell you the 9 future IT trends which you should keep in mind and work around them to get a more profitable year ahead. The list of the 9 trends is as followed. 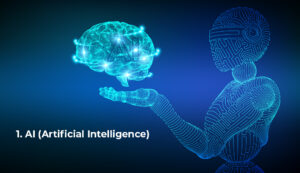 AI has been known to the world for a long time, we have seen movies, read books about it but the AI has not received the proper momentum which it needs to have. Now, most of the companies want an AI to be around them so that it can be helpful to them.

AI is present in a lot of sectors like Hospitals, Real estate, Government, Agriculture use and the list is on and on. It has also been used in phones for face recognition, data processing, Speech recognition, etc.

AI is very efficient and its powered machines are capable of processing data with speed and accuracy. As it doesn’t have any humans it can work nonstop and does not give you any errors while processing, until they are given proper maintenance. While humans stop as the AI machines are made of hardy materials which can do complex work for hours.

Though there are a lot of benefits of AI-powered machines, still it does have few cons which you should be aware of, they are costly to maintain, installations, repairs, etc. as of this the small companies/business will not be able to use them. As it is a machine there will be a full dependency on it, if there’s any problem the whole work will be stopped and time will be consumed if it is not resolved soon, As it does not need and fewer people to operate the machine there will be unemployment. 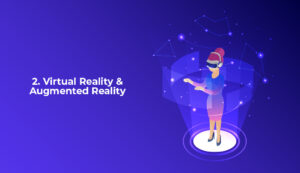 This is the unexceptional technology which has been for a long time and which is going to be with us for a longer time. Bypassing time VR/AR has become involved in something unexceptional. It has been used from video games to military training simulators.

As per the research in 2019 14Million AR/VR devices were sold. This market is going to grow more and more by the end of the year 2022, with the help of the AR/VR the technology field has become a playground for the professional. They can work with different ideas and create something new which has never been created.

To work with the AR/VR technology a person does not need any specialized knowledge, a person with basic knowledge can get into AR/VR. AR/VR is being used a lot in this sector these days, they are used for education purposes, training purpose, entertainment, marketing, it is also used by the doctors for the patients who are suffering from any inquiry. 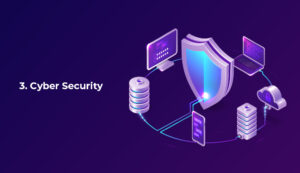 Cyber Security is the oldest of all the trends but it will be the trend as far as there’s the internet. Every day there’s cyber-attacks on someone’s websites and accounts, to be protected from these attacks one has to get the protection. The only things that stand between this attack and malware are the antiviruses and defences.

Cybersecurity gives the advantage to the individual person, not on the whole organization. Because of the security, it goes beyond and beyond to cover the people working remotely. 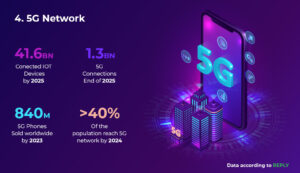 5G Network is the next big thing in the mobile network. It will help the users to work faster and effectively. It gives the user unlimited access to transmission speed. A few area’s 5G networks have been installed and they are working as expected and in few, they are being tested. By this, it will bring tremendous speed for the user.

Things which we used to think that were unachievable can be achieved and done better than we had thought. 5G network will be more useful to the IoT device as they will be connected smoothly. A few years back things which only the personal computer and laptop used to do by 5G would be done on any device. 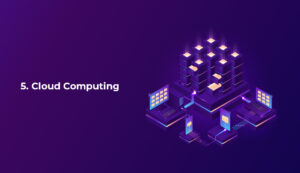 Cloud has already established its roots in this field by valued it provided to the businesses the much-needed agility, scalability and costing. As we have experienced in the previous year most of the companies will be using the cloud to store their data and making it useful in every way.

Cloud will have to look into increasing the security, privacy etc. so that the data can be secure and does not have to look for other options. If the cloud provider can do this they cannot be replaced by anyone.

Cloud computing does have 2 big alternatives which can be used are Edge Computing and Fog Computing. The edge computing is used to bring data and computation closer to where it is needed more. Edge computing helps in saving the data bandwidth and increases the response time to the devices which are used on. Fog Computing is used to transfer large size of the file, storage, analysis is moved to the edge of the network. This helps to manage the network when the data is flooded. 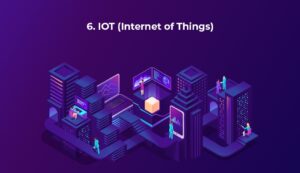 The Internet of Things is the fastest growing trend in today’s time. There are billions of IoT devices installed around the world. By seeing the current scenario this trend is not going to be stopped for a long time. IoT can be found anywhere around the world.

By the end of 2020, we are having 3-4 devices connected, with speed IoT is growing by 2030 each person would have connected 15-20 devices. Using the IoT the modern house is being called the smart house, it will include everything from voice recognition lock unlock to fingerprint sensors. As of now, we are using IoT devices on a daily basis like wearable watches, Tablets, etc.

The drawback for the IoT devices are security purposes, if their security is not updated it will be easy for them to hack them, the IoT users will have to face these threats, Data loss, information leak and others. This is the biggest problem of the IoT devices that they are not featured with security. 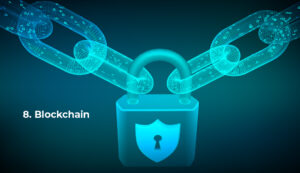 Blockchain is used to protect the data from any attacks, people think that blockchain is only used in the cryptocurrency such as the Bitcoin but it’s not like that, its use in other fields as well.

Blockchain technology is very effective for security purposes and transparency, it also protects the data from getting tempered and leak of data. It eliminates the need of the middlemen from the process. The new businesses which are starting can use blockchain technology. 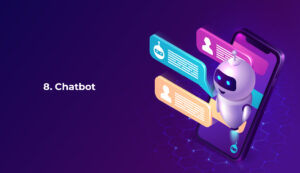 A chatBot is always described as one of the most advanced and useful technologies in today’s time. A chatBot is very useful for all the sectors, setting up ChatBot is quick a task, but once it is set the user can set up predefined questions/answers according to its preference.

The chatBot is now important for most of the sites as it gives a customer’s better experience and questions/answer can be given on time, queries can be solved. It reduces men’s power and consumes less time. ChatBots have steadily been adopted by most of the companies of different sectors.

Sometimes clients do get frustrated as they do not get the answer they want. The other main issue is the ChatBot set up is quite expensive so the small companies cannot set this in their websites. 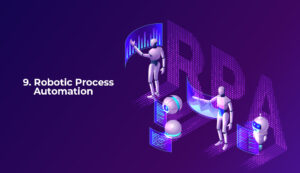 Like AI and Machine learning, Robotic Process Automation is one of the technologies which is growing day by day. RPA is used to reply to the mails, transaction process, dealing with the data.

RPA creates a flow of the process by reviewing the user’s action and process of doing the tasks and then performing those tasks by itself. RPA does not need any screen space to perform its activity, normally this activity takes place in the virtual space.

The most use of RPA are the Voice Recognition and Digital signatures, passcodes, etc. the upgraded versions of the RPA do come with the problem-solving functions. Using RPA does not need to invest a large amount in the development of the websites.